Home Animes Top 5 Winter 2019 Animes to Catch Up With

Anime’s winter 2019 has been going for a while with lots of great shows. Here are the 5 best anime from the winter season that you should catch up with! 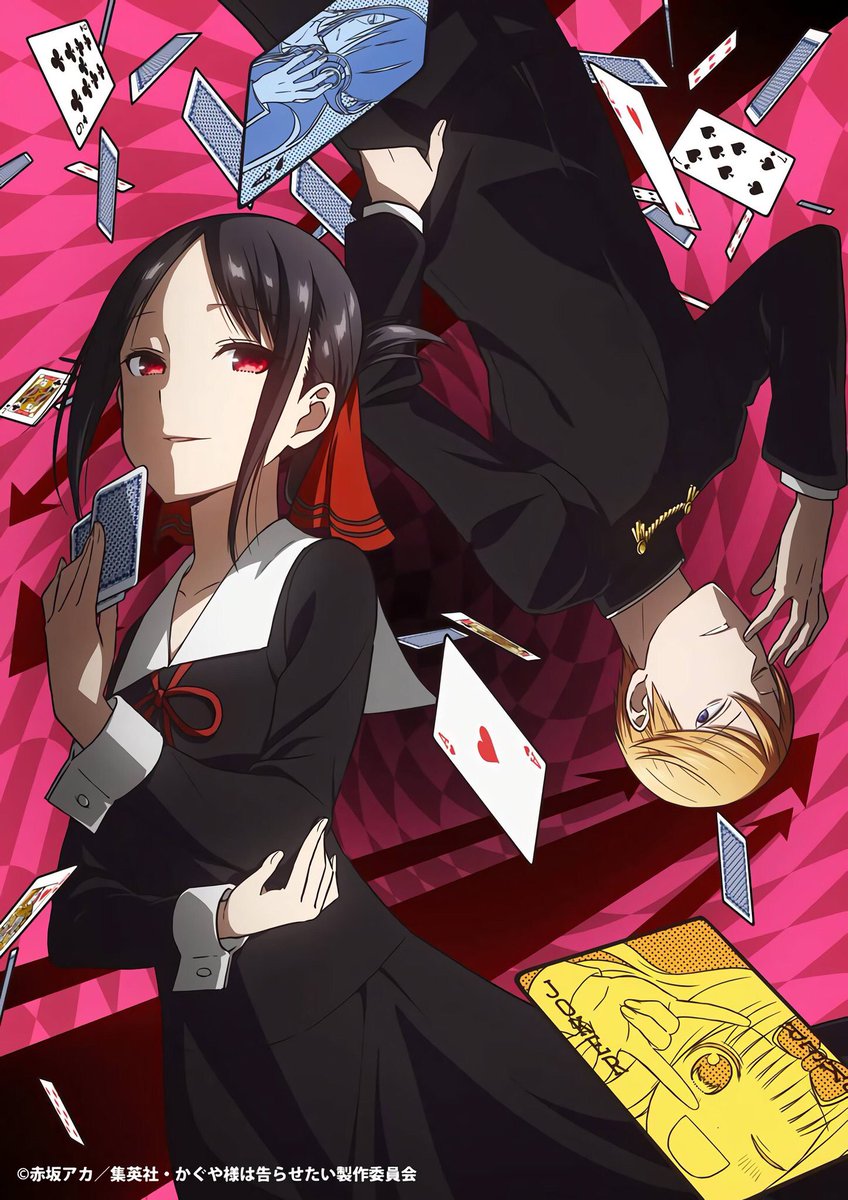 Synopsis: The main protagonists Kaguya Shinomiya and Miyuki Shirogane are two geniuses leading the prestigious Shuchiin Academy’s student council. As co-workers, they don’t envision being in any sort of romantic relationship, but start, however, falling for each other. None of them, though, is willing to confess, due to their stubborn pride as elite students on the line. And so begins their daily schemes to force the other to confess first, to « win » in the competition of love.

Obviously another lovey-dovey series, yet the plotline of « two colleagues falling for each other, yet they are too proud to confess, » tends to make the story differ from other romance anime. Lots of cute and funny moments of the main protagonists are expected throughout the series as well.

Synopsis: In pursuit of dominance on the battlefield, a father gives parts of his newborn baby to 48 demons. Years later, the son battles them to regain his body parts. Meanwhile he meets a young thief named Dororo, and so the journey begins: they will have to face a host of monsters to get his body parts back.

If you have read the manga series written by Tezuka, you should definitely watch the anime! It also leans more towards a darker story unlike his other work, Astro Boy. This is its second anime adaptation since the iconic 1969 Dororo.

3. Tate no Yuusha no Nariagari (The Rising of the Shield Hero)

Synopsis: Iwatani Naofumi, an uncharismatic otaku, finds himself summoned to a parallel universe, where he discovers that he’s tasked with saving the world as one of The Four Cardinal Heroes, equipped with legendary weapons. However, Naofumi is rapidly betrayed, penniless, alone and loses everyone else’s respect. Unable to trust anyone, and left only with his shield, he must rise to save the world from the Waves of Catastrophe and thus become the Shield Hero.

Judging by the synopsis, Tate no Yuusha no Nariagari seems to put the main character in a somewhat realistic and undesirable situation that he has to struggle to survive, which makes of it a well written isekai story, with an interesting plotline.

2. Yakusoku no Neverland (The promised Neverland)

Synopsis: Emma, Norman and Ray live happily with their siblings in The Grace Field House orphanage, enjoying good food, white clothes and the love of their « mom » (guardian). They are basically allowed to do everything except to leave the orphanage grounds. One day, Emma and Norman break this rule and unearth the whole secret behind it. Once the truth is uncovered, they begin to plan an escape to save the lives of the orphans.

Great news for manga readers and Shonen Jump fans in particular! If you have enjoyed the manga series Yakusoku no Neverland, you might delight in watching the anime. One interesting thing about the series is that it differs from the usual Shonen Jump style as the story’s really dark and filled with all sorts of crazy twists.

Synopsis: For those who aren’t familiar with the series, it’s basically the story of Shigeo Kageyama, a young middle schooler nicknamed « Mob, » who has had psychic powers ever since he was young. However, Mob is willing to live a normal life and keep his growing powers under control.

If you’ve ever watched the first Mob Psycho 100 season, then you’d be glad to know that One Punch Man’s mentally powerful « cousin » is back in a second season!

Which is the most Winter 2019 anime you’ve appreciated? Feel free to share with us and stay tuned for more news.